In Deadpool the player takes control of the loud-mouthed, foul-mouthed, merc-with-a-mouth Wade Wilson (a.k.a. Deadpool). While on out on a contract to kill a corrupt media mogul, Mister Sinister intervenes and kills him instead, drawing the ire of Deadpool who then vows revenge only to stumble upon a bigger plot which could spell the end of humanity. With the help of some of the X-Men such as Wolverine, Rogue and Domino along with a buddy from the future, Cable, they band together to stop Mister Sinister and his group of Marauders (Arclight, Blockbuster and Vertigo) from succeeding.

True to his character, Deadpool breaks the fourth wall numerous times during the game even with him starting out using "explosive persuasion" on executives at the developer High Moon Studios to put him into a game. As a result he refers to the script of the game, comments on certain achievements/trophies, references the player and even makes fun of the player if he does poorly during the game. It also references different franchises (such as Transformers and Spider-Man) and video games as well (The Legend of Zelda).

The main gameplay is a third-person slash fest mixed with guns as Deadpool starts out with his signature Katanas and duel pistols. As the game progresses, the player can upgrade Deadpool and buy new guns and melee weapons by using DP (Deadpool Points) which are scattered throughout the levels and dropped by enemies killed. To gain more DP, the player can chain together combos by successfully hitting and shooting enemies, the higher the combo, the higher the points. Momentum is also built up during these combos which activated can wipe out large groups of enemies or by picking up tacos that are dropped by enemies. 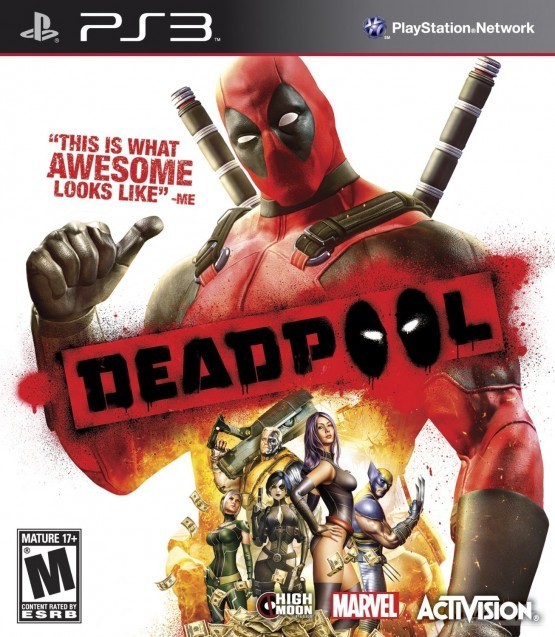