East Mikado is a fantasy land reminiscent of the feudal Japan. The protagonist of the game is a young samurai entrusted with the task of tracking down a mysterious being known as the Black Samurai. It appears that lately more and more people were being turned into demons because of the books handed to them by that enigmatic person. As the hero and his friends investigate the matter they become involved in a conflict between two faiths, the Mikado church and the cult of Gaia.

Shin Megami Tensei IV is a role-playing game and a part of the main series in the Megami Tensei universe, though story-wise it is not connected to its immediate predecessor. It is also one of the few Megami Tensei titles that are not set in a modern-day or post-apocalyptic environment. However, the game features many recurrent themes of the series, such as the struggle between the forces of Law and Chaos. During the course of the plot the player will be prompted to make crucial decisions that affect the protagonist's standing with the two warring factions, leading to different endgame sequences.

The core gameplay is very similar to that of the previous titles. The player controls a party consisting of the protagonist and demons that can be recruited by verbally communicating with them during battles. There are no random battles and all enemies are visible on the exploration screen. The turn-based combat utilizes the press turn system first introduced in Nocturne. Exploitation of weaknesses is further emphasized, as both player-controlled party and opponents lose rounds in combat when their weakpoints are hit. The series' traditional demon fusion system is present as well. Like in the previous games, the hero's attributes can be increased manually when leveling up. New elements include experience points awarded for completing side quests or during successful demon negotiations, as well as the protagonist's ability to learn the skills of the demons in his party if certain conditions are met. 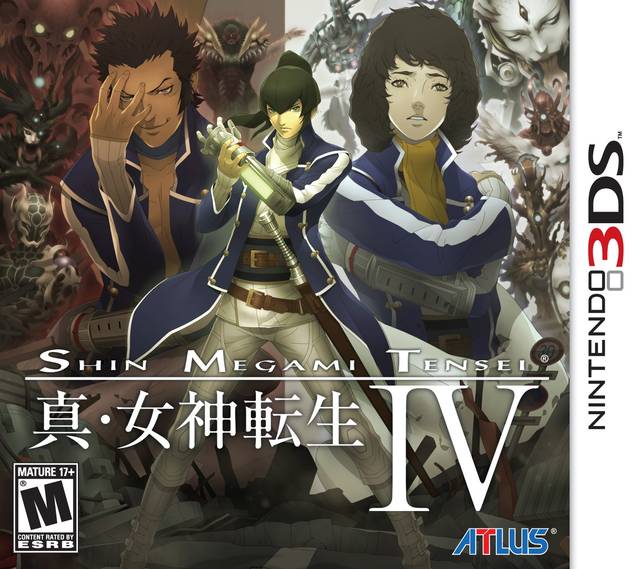