The Legend of Zelda: A Link Between Worlds

The Legend of Zelda: A Link Between Worlds is the sequel to 1991's The Legend of Zelda: A Link to the Past; (while in the West the titles of the two games differ, the Japanese version adds but a «2»). The player is in control of Link, who has to explore a world (or two) and overcome a quantity of dungeons, to rescue Princess Zelda and free the world from the forces of evil. Action is displayed from a top-down view.

Unlike in some of the previous Zelda installments, Link can venture into most dungeons in free order. Traditional tight relation between each of the dungeons and one of Link's items — which the solution of the dungeon hinges upon — is maintained; for the first time in the series items aren't hid in their relative dungeon, yet, for the large part of them, available at the shop of Ravio, a rabbit-like shopkeeper. The hookshot, hammer, ice rod, and many other items are rentable and purchasable from there from the beginning of Link's adventure: rentals cost little, yet the item is lost if Link happens to die; purchases cost more, yet grant permanent possession, and the possibility to give the item one upgrade. An energy bar, which decreases when Links uses any depletable object, and replenishes by time, replaces the series' «ammunition» system: this time Link does not carry bomb or arrow stocks with himself.

The game world, Hyrule, closely reprises that of the previous game; however, contrarily to the tradition of the series, this adventure is world-driven: many areas of the world are reachable from the early stage of the game, and dungeons can be ventured through in order at will. Two-sided game world structure has been kept. Puzzles are encountered not only in dungeons, but also in the open world; a part of them revolves around the game's 3D visual effect; owing to this, while A Link Between Worlds is playable on 2DS, solving some puzzles gets less intuitive. A new skill Link has is to flatten: as a bidimensional being he can for instance slide along surfaces, make his way through narrow passages, and perform several other moves required to overcome puzzles.

DS touch-screen display shows the world, or dungeon, map; notes can be taken on it by placing pins. 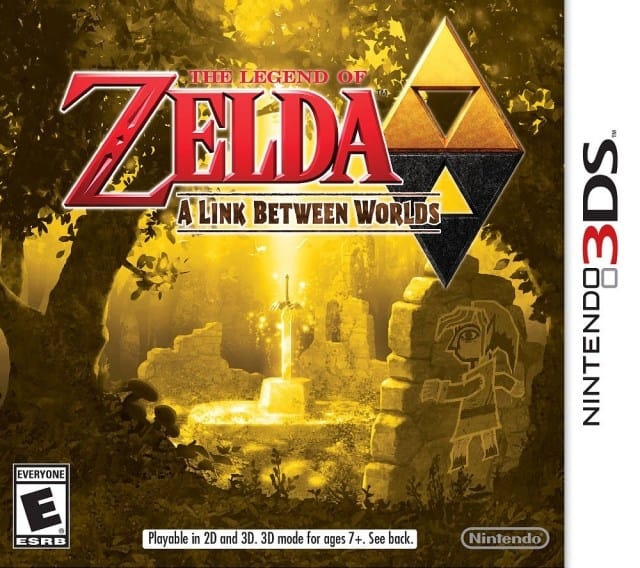