In Star Trek Online, each player acts as the captain of his own ship. Players are able to play as a starship, controlling the ship's engineering, tactical and science systems by keyboard/mouse or using an on-screen console. Players can also "beam down" and move around as a player character in various settings with access to weapons and specific support and combat skills relating to their own character's class. The two combat systems are intertwined throughout the game: away-team missions feature fast-paced "run-and-gun" combat, while space combat stresses the long-term tactical aspect of combat between capital ships. Both are offered in concert with the Star Trek storyline and emphasize ship positioning to efficiently utilize shields during space combat, as well as the player's away team's positioning in consideration of flanking damage and finding various weaknesses to exploit during ground combat. 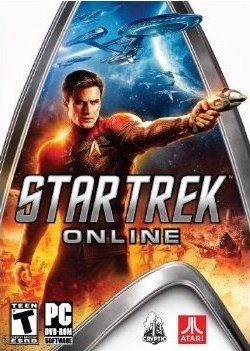