The Ogre King and his minions have taken over Disney Castle, and it's Mickey's task to win it back. The game starts on a sequence of stairways, up which Mickey must move, shooting any creatures that get in his way. Eventually you will come to a door and go through it, at which point the second section of the game begins.

These are viewed from above, and see Mickey negotiate his way through a multi-screen maze, with multiple exits on each screen. Ghosts and ogres block his path, but he's armed with a water pistol for the former and an axe for the latter, both of which need replenishing regularly. Some doors require keys to move through.

There are several sub-games, including Pac-Man and Donkey Kong-derived games.

To win the game you must finally beat the Ogre King. 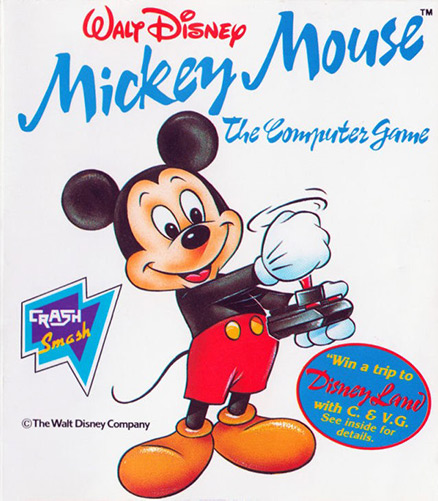