Based on the kids' show on Cartoon Network, Generator Rex: Agent of Providence is a beat-em-up action game where players control the pivotal character Rex as he continues to combat the E.V.O.'s (Exponentially Variegated Organisms) and nanite problems which plague the Earth.

The story revolves around Rex attempting to stop villain Van Kleiss from threatening the Earth. Rex journeys through the game collecting--or attempting to collect--blueprints and evidence against Van Kleiss. Throughout the adventure, Rex must also work to regain powers lost from an event early in the game, and also absorbs the nanites in some infected people--many of whom have turned into monsters. As Rex is an amnesiac, clues to his past can also be gathered in various places in the game. 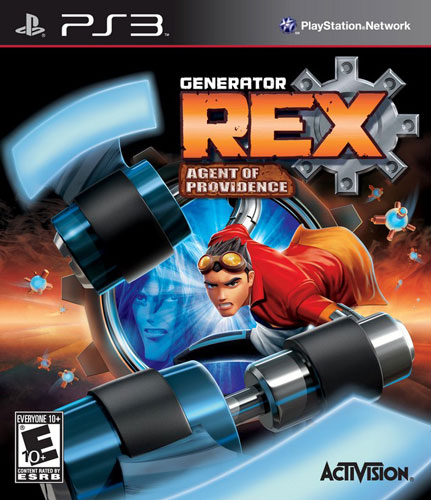