Atlantis: The Last Resort is a first person shooter for the CD-i. In the future presented in the game people go on illusory dream vacations. But when a virus is brought into the system that allows these vacations, all hell breaks loose. So the government decides to send in the meanest criminal they have in detention: The player. The player gets a chance to redeem himself by going into the virtual holiday and destroy anything that is corrupting it, such as undead skeletons. The game features crude graphics and gameplay similar to Wolfenstein 3D. In between missions you are treated with pre rendered 3D animations. 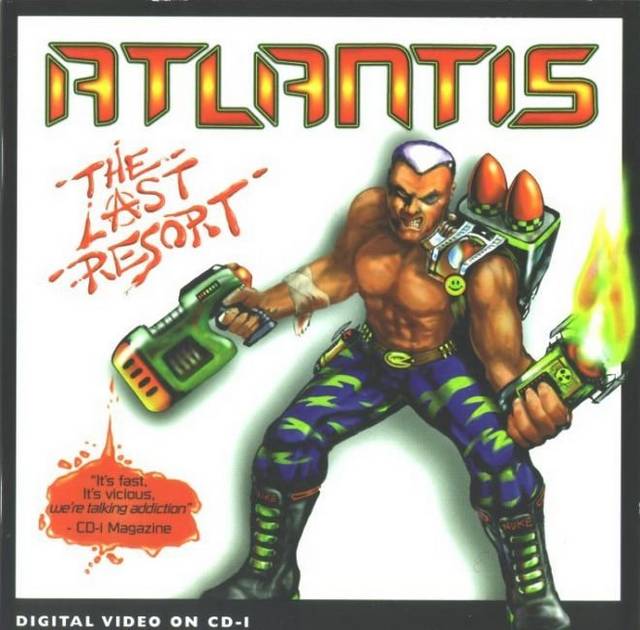