Take on the life of a buccaneer in the golden age of Caribbean Piracy! This game lets you choose from 6 different "ages" (for example, "The Silver Empire" from 1560-1600, "War For Profit" from 1640-1660, etc.), one of 4 nationalities (English, French, Dutch, Spanish), 4 difficulty levels, and one of 5 special abilities (skill at fencing, skill at navigation, etc.). Nine different types of ships were represented.

The goal of the game is to retire with as much gold and land as possible, as many ranks/titles as possible (Colonel, Admiral, Marquis, Duke), and a wife. Finding long lost relatives helps too. You accomplish these goals by plundering cities, capturing and sinking enemy ships, getting in good with governors to receive titles, learn news of "evil Spaniards" holding your relatives, capturing evil pirates, etc.

The game is educational, as you will learn about piracy through the thoroughly researched manual. You'll smell the sea salt as you participate in wild sword fights, desperate sea battles, and daring attacks by land. 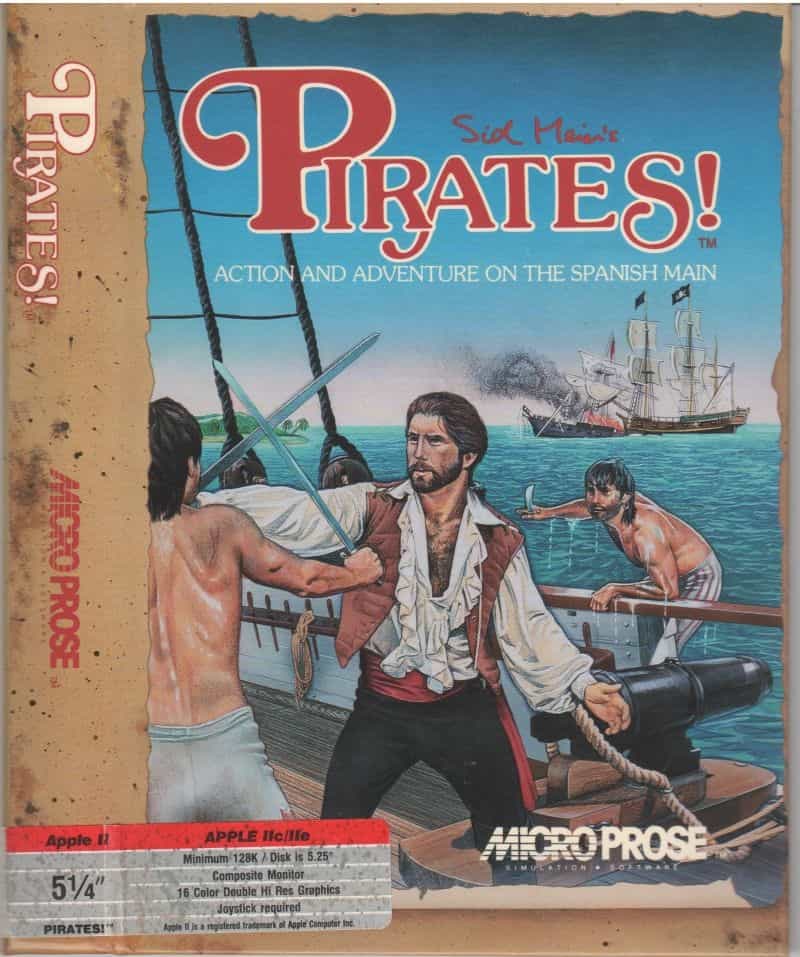