The sequel to the action/platformer Earnest Evans, Anett Futatabi puts you back in the shoes of Anett from El Viento as she joins forces with Earnest to unravel a plot to take over the world with genetically engineered monsters by an ancient sect.

The game plays like a side-scrolling beat 'em up, with you controlling Anett as she marches through each stage beating every enemy she encounters with her sword and magical powers until she reaches the stage boss. Anett's magical powers are triggered by spending an energy bar that is constantly refilling, depending on the amount of power available you'll cause more damage all the way up to a screen-clearing attack. 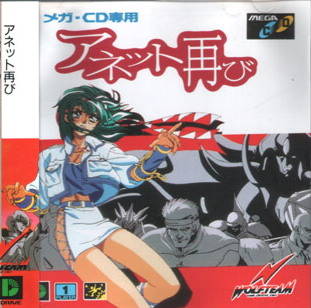