Metal Gear Solid 4: Guns of the Patriots features an aging and exhausted Solid Snake in the middle of a futuristic battlefield. In spite of his failing body, Snake is equipped with a crucial new device tentatively known as "OctoCamo," a high-tech suit that dynamically transforms its texture based on Snake's surroundings. This revolutionary new gameplay mechanic allows him to seamlessly blend into the environment, providing him with the means to stalk his enemies like never before.

This latest chapter in Hideo Kojima's legendary tactical espionage action series marks the return of several characters from previous Metal Gear Solid games including Revolver Ocelot, Meryl Silverburgh, Naomi Hunter and Raiden, and features an unforgettable story that depicts the desperate state of the future as seen through the eyes of an older Solid Snake. 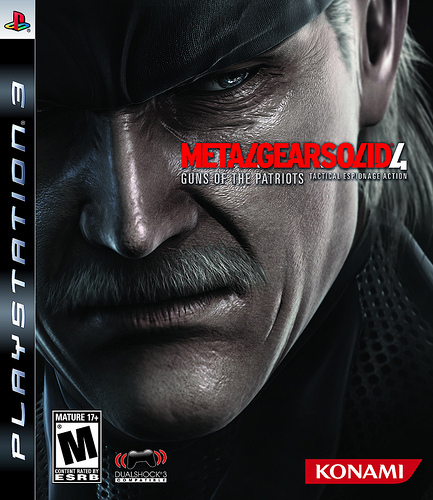