Attack on Titan 2: Future Coordinates is a “3D maneuver action” game for Nintendo 3DS featuring an evolution of all elements, including a “Story Mode” that runs parallel to season two of the Attack on Titan TV anime, a “World Mode” with newly added original army creation and base crafting features, and more.

Assemble allies! Build a wall! And destroy the enemy! 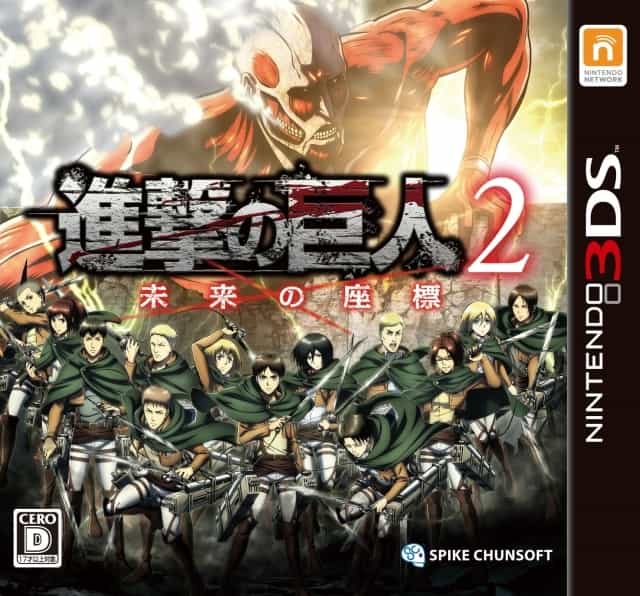