The handheld adaptations of Happy Feet Two (based on the 2011 animated musical film sequel of the same name) put players in the role as Mumble the penguin who goes on a quest to rescue the penguin nation in the wake of a new threat to the Antarctic.

These versions take a simplistic platform side-view approach where you must help Mumble reach the end of each level, using his famed tap-dancing abilities along the way. Throughout the levels are several pickups including musical notes (which add towards the player's final rank for these levels), as well as Pebbles that will eventually grant you additional dances to carry out later in the adventure.

Mumble will also need the help of 3 new baby penguins on his journey: Bo (who uses her double-jump and wall-jump to reach heights), Atticus (who can destroy ice that Mumble is unable to with his beat-box ability) and Erik (Mumble's son who can float horizontally for a brief time, as well as crossing over unstable ice platforms).

As well as the platforming levels with Mumble, players also take the roles of Will the Krill (who is also on an adventure to become the best underwater predator) and Sven the puffin (who players must pilot in a variety of flight levels).

The DS and 3DS versions both include an Extras Menu (filled with Will the Krill's levels, Sven's levels, an Art Gallery and even a Music Player). 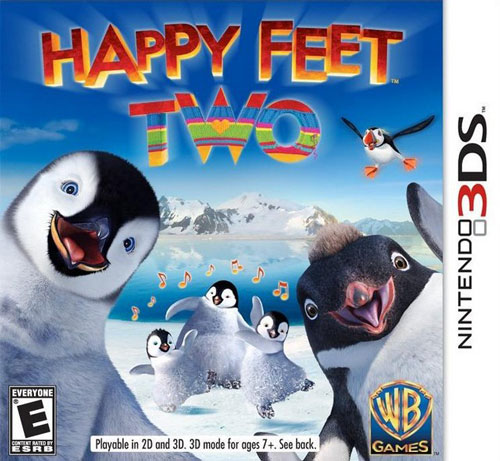