Thunder Force is a free-scrolling top-down shooter, and the first title in what would become Tecnosoft's best-known franchise.

Control a lone fighter ship, destroying enemies, weapons, and bases of the evil alien Orn Empire. The player's ship can shoot both air and land targets, and there are many targets of both types to destroy.

The goal of each stage is to destroy all of the shield bases, enter the area base, and destroy the core. After shooting the core, the player moves on to the next stage to destroy more bases. 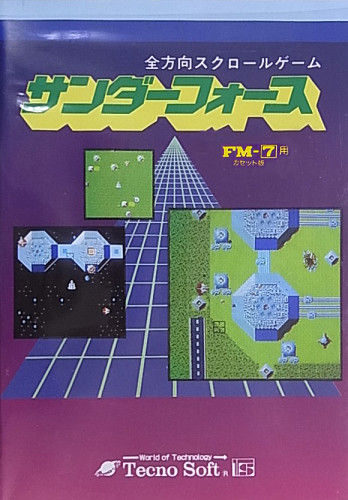