1080° Avalanche is a snowboarding game for the Nintendo GameCube, developed by Nintendo's in-house development studio, NST, and published by Nintendo. Avalanche is a sequel to 1080° Snowboarding for the Nintendo 64. The game has an emphasis on racing, rather than doing tricks, in contrast to other popular snowboarding games, such as the SSX series. It can output in 480p and Dolby Pro Logic II and supports four players on one GameCube as well as LAN play with up to four GameCubes.

Gameplay in 1080° Avalanche is similar to that of the original, centering around racing more than performing stunts. The only large gameplay difference between 1080° "and the original is the ability to knock down opponents by running into them after filling a meter by performing tricks. A trick attack mode was added and has three unique courses. Unlike the first game, each rider had specific boards to them, and up to three new boards for each character could be unlocked throughout the game. There were also bonus boards, which were surreal objects replacing the snowboard, such as a penguin, a NES controller, a paint brush, and a very fast rocket. 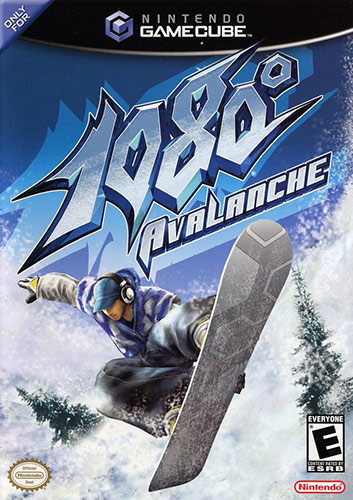