aldur's Gate II: Shadows of Amn, developed by BioWare and released September 26, 2000, is the second computer role-playing game in the Baldur's Gate series, taking place just a few months after the events of Baldur's Gate. It is based on the 2nd edition Advanced Dungeons & Dragons role-playing system. The story is set in the Forgotten Realms, the most popular D&D story setting. It has sold over 2 million units.

An expansion pack for the game was released in 2001, entitled Baldur's Gate II: Throne of Bhaal.

Baldur's Gate II has a large modding community that has created several large unofficial mods that extend the game in a major way with new items and quests. 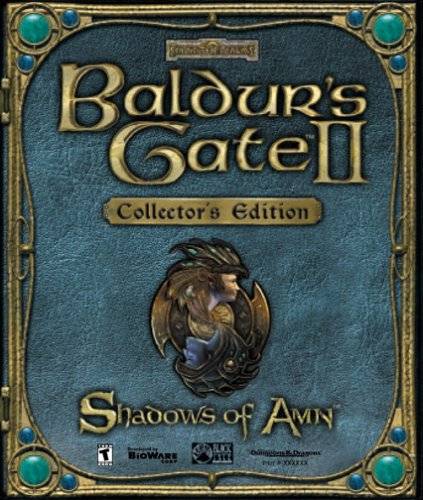