Donkey Konga is a GameCube rhythm video game starring the ape Donkey Kong, developed by Namco and published by Nintendo. Instead of the standard GameCube controllers, the game is intended to be played with a special controller called the DK Bongos that resemble two small bongo drums.

Donkey Konga was developed by the same team of people who made the Taiko: Drum Master series for the PlayStation 2. The tracks include hits such as "Louie Louie", "We Will Rock You", "Shining Star", "Rock Lobster" and "Losing my Religion". There are tracks from the Mario series, the The Legend of Zelda series and other Nintendo related music. 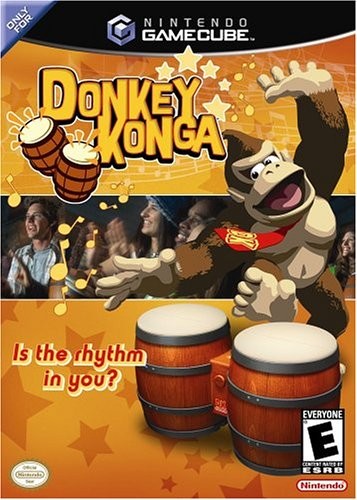