Chaosfield is a 2005 arcade shoot 'em up developed by MileStone. It was ported to Dreamcast, PlayStation 2, and Nintendo GameCube; the PlayStation 2 version is known as Chaosfield New Order, and the GameCube version is known as Chaosfield Extended. The GameCube version was also the only standalone version to be released outside of Japan, in North America. Otherwise, the game is included in the MileStone Shooting Collection series.

The player can choose one among three ships, each with specific traits of firepower and speed. Along with normal gunfire and energy swords, there is the "Wing Layer" and the "Lock-on Shot". The Wing Layer can be used to damage the enemy as well as canceling bullets to obtain combos. The Lock-On shot targets parts of the boss or bullets. These attacks function differently for each ship.

The game follows the "boss fest" style; the levels primarily consist of battles against a single, very powerful enemy. The player's ship can move back and forth between two parallel dimensions: the "Order Field" and the "Chaos Field". In the Order Field, enemies have less firepower, whereas in the Chaos Field there are more opportunities for amassing points. 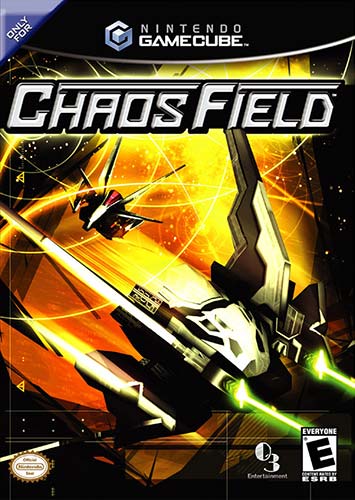