FINAL FANTASY TACTICS' strategic battle system is a twist on the turn-based system of the other FINAL FANTASY titles. You begin as a noble squire named Ramza in a time of confusion and war in the land of Ivalice. Your best friend, a commoner named Delita, is caught in the middle of the struggle between nobles and commoners, and this affects you; so begins your long quest for the truth.

Much of the story in TACTICS is told on the battlefield or as a direct result of battles, which take place on a three-dimensional grid that can be rotated 360 degrees. You select your battle party, put them on the field, and determine their every move. Between battles, you can explore towns and forests on the world map, acquire new items, and undertake side quests. TACTICS has plenty of nostalgia for FINAL FANTASY veterans, as well as a new play style to keep newcomers interested. 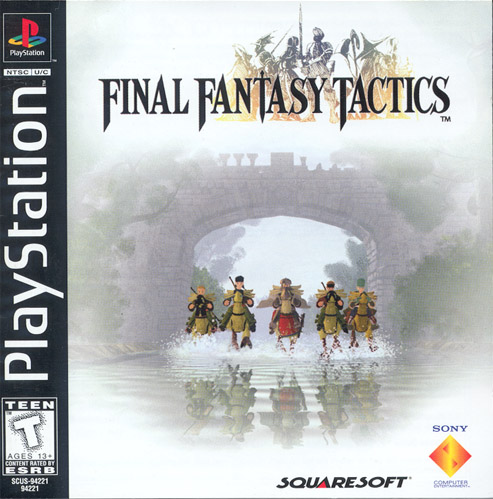