Teenage Mutant Ninja Turtles is a beat 'em up video game released in 2003 by Konami. The game is based on the 2003 TV series. The main gameplay loosely adapts the following season one episodes: Things Change, A Better Mouse Trap, Attack of the Mousers, Meet Casey Jones, Nano, Darkness on the Edge of Town, The Way of Invisibility, Notes From the Underground (Parts 1-3), and Return to New York (Parts 1-3), as well as a level that is not derived from the animated series at all.

The player can play as either Leonardo, Donatello, Michelangelo or Raphael. Each turtle has his own unique set of levels to complete. There is a story mode for one or two players, and there is also a versus mode where two players can fight head to head. In the versus mode, players can fight as all 4 turtles, Splinter, Casey Jones, Hamato Yoshi, The Turtlebot, Hun, Oroku Saki, and Shredder. A Challenge mode is unlockable by defeating Oroku Saki with any Turtle in the Story Mode, which needs to be complete to unlock Hamato Yoshi and his dojo. There are also third-person view races, a shell-glider level for Donatello and a bike race between Raphael and Casey Jones. 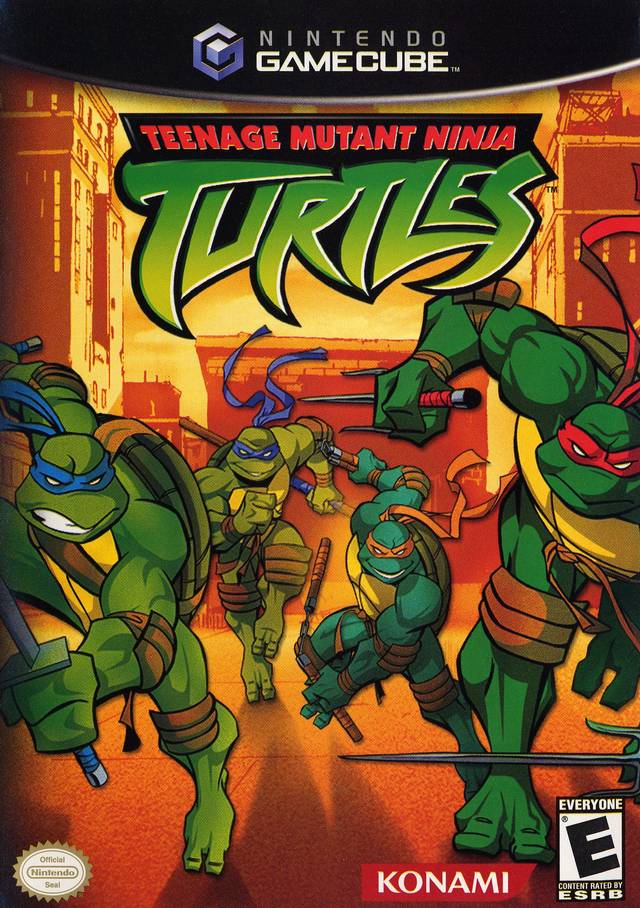