After the happenings of Saints Row: The Third, the Saints gang extended their reach and the protagonist became the President of the USA. Unfortunately during a press conference, disaster happens: aliens attack the White House, kidnap the Saints and trap each in their personal, indefinitely looping nightmare. Fortunately Kinzie, the group's hacker, rescues the protagonist and together they flee into a space ship with the goal to rescue the rest of the gang. The majority of the game it spent in an open world simulation of Steelport, the location of Saints Row: The Third. There is an extensive character creation which allows to tune every aspect of the protagonist's look and the choice between seven voices (three male, three female and Nolan North).

Saints Row IV continues the course of its predecessor into over-the-top action and humour. The twist of this game is that the protagonist receives super powers within the simulation, e.g. super jump, fast running or telekinesis, which help with moving fast and killing aliens which replace cops as law enforcement. Those powers make driving practically unnecessary, but the player may still hijack and use cars. Third-person fights with melee and ranged weapons still play an important role.

Like all Saints Row games, it features various side activities which can be activated in certain points of the game world. Then the game switches to the mini game and after completing it, the player is rated with either bronze, silver or gold medal depending on the performance. While some of the games are known from the predecessors, e.g. fraud or tank mayhem, the majority are new and are designed around the superpowers. For example, there is a race in which the player needs to solve a running course as fast as possible and another one requires to jump precisely on platforms. While those mini games were an essential part of the main mission line in previous Saints Row games, this time they are only required for the team members' side quests. The main storyline features varied missions which mostly involve moving to a point and killing everything in sight, but also various sequences parodying other genres like side-scrolling brawlers or top-down shooters. Additionally there are other side activities like collecting audio diaries or destroying the aliens' infrastructure points.

While the members of the team need to be saved from their nightmares in the simulation, they are physically trapped on the main alien ship. To save them, the protagonist visits the ship a few times during the main storyline without having superpowers available - but sometimes a mech instead. Otherwise, the real world only plays a minor role: the simulation can be exited to walk around the ship and talk to the team members. Besides starting missions, the only purpose is to parody the Mass Effect series and its romances.

Progressing in the game gives rewards: experience points (used to unlock personal upgrades like better damage resistance or more damage with certain weapons) and cache (used to purchase weapons, ammo and weapon upgrades) is rewarded for all actions in the game, but of course finishing missions and activities is most profitable. New super powers are automatically unlocked during the storyline, but they also have upgrades like sliding through the air after a super jump or more damage for blasts. These upgrades require another currency: small glowing balls which are all over the city and need to be collected. Some powers also can be modified in effect, e.g. the blast can be set to fire or ice. The mobile phone is used to requesting unlocked cars and unlocked homie helpers (the main crew receives super powers when finishing their side quests), looking on the map or playing licensed music in the background.

Multiplayer is either playing co-op during the campaign (the second player basically replaces the homie) or starting one of two competitive activities. 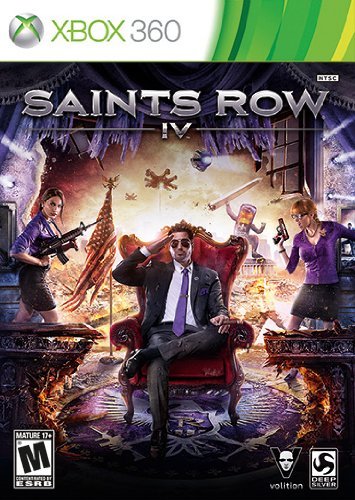