Half-Life: Opposing Force is an expansion pack for Valve Software's science fiction first-person shooter video game Half-Life. The game was developed by Gearbox Software and Valve Corporation and published by Sierra Entertainment on November 1, 1999. Opposing Force is the first expansion for Half-Life and was first announced in April 1999. Randy Pitchford, the lead designer on the game, later noted that he believed Gearbox was selected to develop Opposing Force because Valve wanted to concentrate on their future projects. Over the course of development, Gearbox brought in a variety of outside talent from other areas of the video games industry to help bolster various aspects of design.

Opposing Force returns to the same setting as Half-Life, but instead portrays the events from the perspective of a U.S. Marine, one of the enemy characters in the original game. The player character, Adrian Shephard, is sent in to neutralize the Black Mesa Research Facility when a scientific mishap causes it to be invaded by aliens, but quickly finds that the Marines are outnumbered and slowly being beaten back by a second alien race and black operations units. Opposing Force was received well by critics, many describing it as the new benchmark title for expansion packs, in a similar fashion to how Half-Life revolutionized the first-person shooter genre. Other reviewers, however, thought that the game still had many of the negative aspects of other expansion packs, although it was still regarded as an exceptional add-on. 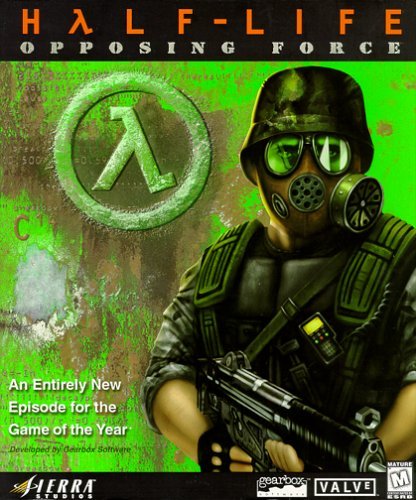