First the Black Plague, now this. Drax, the evil sorcerer, is holding Princess Mariana captive in his dark and dismal dungeon.

He'll only release her to the warrior who can defeat his barbarian guards in deadly sword combat. While Drax looks on you'll fight one-on-one against a string of his ruthless slaves - clashing swords in the forgotten dungeon, Drax's throne room, the molten lava bed and in the dark, enchanted forest.

As Gorth the hero-warrior, you'll need to sharpen your sword skills - using powerful combination moves to cut down your opponents. If you fail, the court gremlin will throw you on the heap with the rest of the warriors. And then what will become of lovely Princess Mariana? 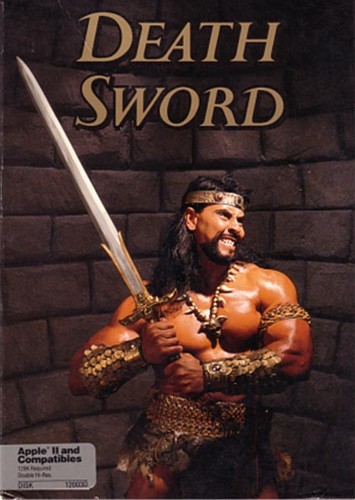