The Legend of Zelda: Phantom Hourglass

The Legend of Zelda arrives on the Nintendo DS with The Legend of Zelda: Phantom Hourglass. This game starts off where the Wind Waker for the GameCube ended. Link, his friend Tetra and her gang of pirates are sailing unexplored seas when they come across a ghost ship. When Tetra wants to explore the ship she disappears and Link, who goes after her, falls into the sea and becomes stranded on an unknown island.

While remaining true to the traditional Legend of Zelda formula, this game's controls are drastically different from other Zelda titles. This time you only use the touch screen to make Link move and attack instead of buttons. For example, swinging your sword is done with a short line horizontally or vertically in front of Link, or by tapping on a specific enemy. Link can somersault forward by having the player draw a small circle on the edge of the screen while running. The boomerang can be thrown in a specific path by drawing its exact route on the touch screen.

You can also use the touch screen to make notes of secret treasures and items on the map simply by writing them down. Sailing across the sea is also done by simply drawing the route on the map. While the route is being traveled, the player can pan the screen around to look out for enemies and other obstacles. The ship's route can also be changed while traveling if something else catches the player's attention. Later on, the player can even go fishing in the sea, using the stylus to pull the rod and reel in their catch.

The game is presented in the same cel-shaded style as the Wind Waker but it is displayed from a classic top-down perspective. 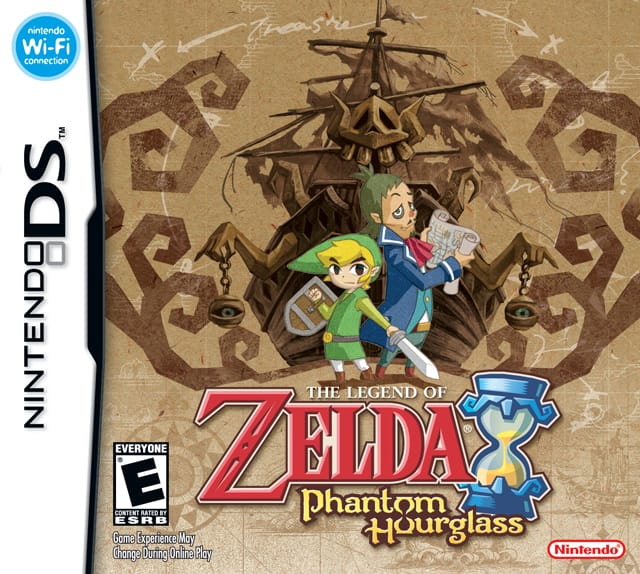