Long ago, in the Skylands, there was a group of villains called the Doom Raiders, who spread mayhem wherever they went. Only the best Skylanders armed with special weapons made of Traptanium were strong enough to defeat and capture them, and imprison them in Cloudcracker Prison. They were kept there until Kaos freed them, sending the Trap Master Skylanders in our world, along with the shards of Cloudcracker Prison, which were turned into Traptanium Traps.

Skylanders: Trap Team is the fourth game in the Skylanders franchise. It introduces the new concept of capturing the enemies into the Traps toys, enabling the player to switch between Skylanders and Villain characters. The game hub is the Skylanders Academy from which the player can access the story levels, the arenas and the Kaos Doom Challenges. The story levels play like in the previous games ad consist of platforming with puzzle-solving and items collecting. The Elemental Gate return, but can now only be accessed by Trap Master Skylanders of the matching element. The Trap Masters can also break Traptanium crystals to gain loot or uncover hidden areas. Some special enemies, once defeated, can be caught it the Traps of the matching element, which are placed in the new Traptanium Portal, and be used as a playing character. While they are in the Trap in the Traptanium Portal, the villains will speak to the player via a speaker in the Portal. Each villain has a special redeeming quest that will give them a special power. They can be transferred from the Traps into the Villain Vault in the Skylanders Academy and vice-versa. A new type of Skylanders, the minis (Skylanders from an alternate mini-Universe), are playable as full-fledged characters, unlike their Sidekicks counterparts from the previous games.

The Kaos Doom Challenges consist of tower defense levels, in which the Skylanders must prevent Kaos' minions from breaking a treasure box. To halt the enemies, the Skylanders can build defense mechanisms that will attack and get an upgrade for every enemy wave defeated, if they are not destroyed. These levels reward the player with various treasures and experience points. 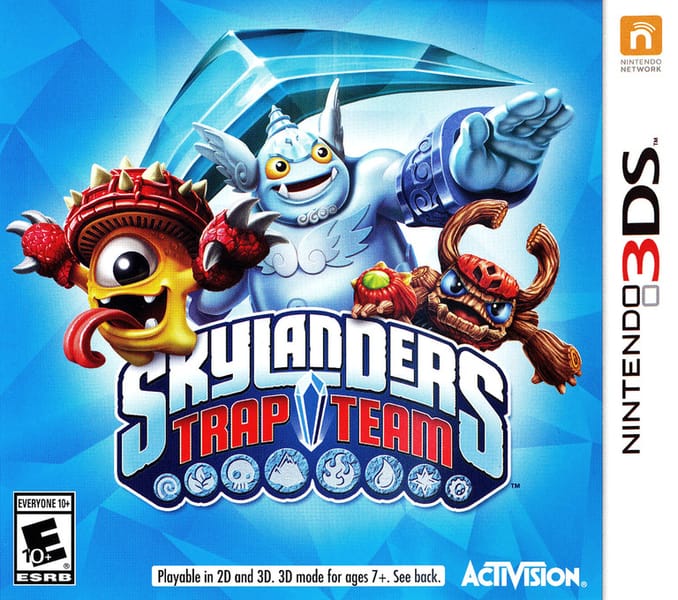