As a part of Phoenix Wright: Ace Attorney Trilogy

Phoenix Wright returns in the third game in the Ace Attorney series. However, Phoenix is not the only lawyer that you'll be guiding, as you dig through the evidence to find the truth to free your clients. Players will tackle five new cases as they encounter familiar faces and new ones in their search for justice.

Trials and Tribulations is an enhanced remake of Gyakuten Saiban 3, a GBA courtroom adventure game. Players encounter two different types of phases as they play through the game — one takes place in the courtroom, where players directly interrogate subjects and try to disprove their lies with the evidence they have; the other takes place on the field, where Phoenix talks to people and examines locations to search for clues that may help his client's case.

As in Justice For All, players will have to sometimes break open people's "Psyche Locks", which cover a person when they have something that they really don't want to reveal to Phoenix. Depending on the importance of the secret, more locks will cover the person, and can only be unlocked by presenting the correct evidence. And as in the previous DS versions of the game, players can use the stylus to select menus and evidence, as well as use the microphone to shout out "OBJECTION!" and "HOLD IT!" when they want to present evidence. 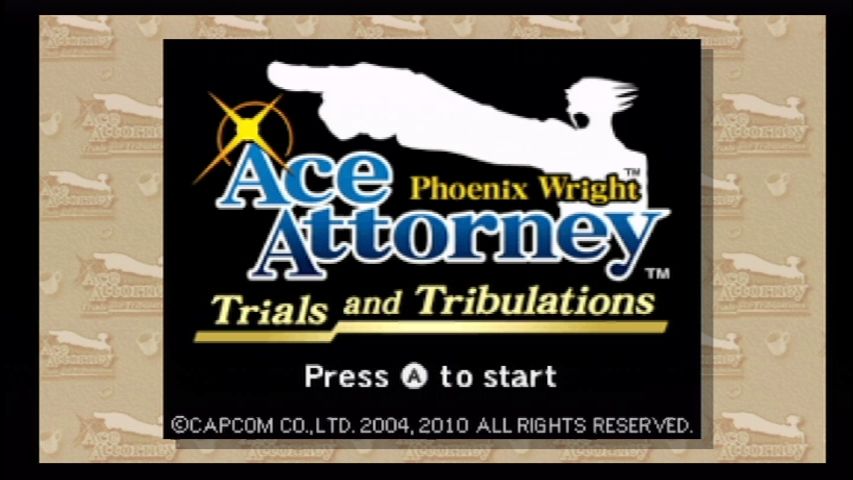