The year is 3151. The human race is under threat from the Cardiac Beam - the latest and most deadly invention of the Cardiaxx Empire. Piloting the new breed of Starfighter - designed purely for neck-breaking speed and agility, your mission is... CONFRONT AND DESTROY. Your cutting edge is provided by an onboard computer that has hacked into the enemy defence systems giving you audio warnings of their movements.

Have you the skill, reflexes and the will to survive as you fly into the Cardiaxx zone? 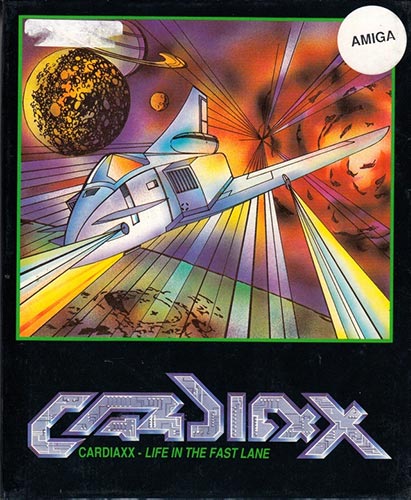