It has been five years after the formation of the Worldwide Federation. Although war has been averted, terrorist cells around the world threaten the stability of the federation. To combat this menace, the Federation has created a bi-pedal armored tank known as the Metal Head. You are a Metal Head pilot, and you have to use all the weapons at your disposal to take out the terrorists.

Metal Head is a bit of a variation on the usual giant robot combat game. The game's mission areas bear more resemblance to a first-person shooter than a simulation. The graphics are all rendered in texture mapped polygons, which is unusual for a 32X game. 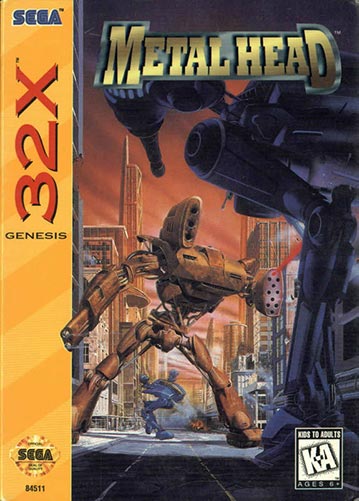