Magi: Aratanaru no Sekai is a role-playing game and the sequel to Magi: Hajimari no Meikyū. The game includes an 'IF' path, in which players experience never-before possible scenarios in the Magi universe. The combat system has evolved to a higher quality compared to the first game. Players are able to import their saved data from the first game to the second one, and those who do this will receive additional formal outfits for seven popular characters. 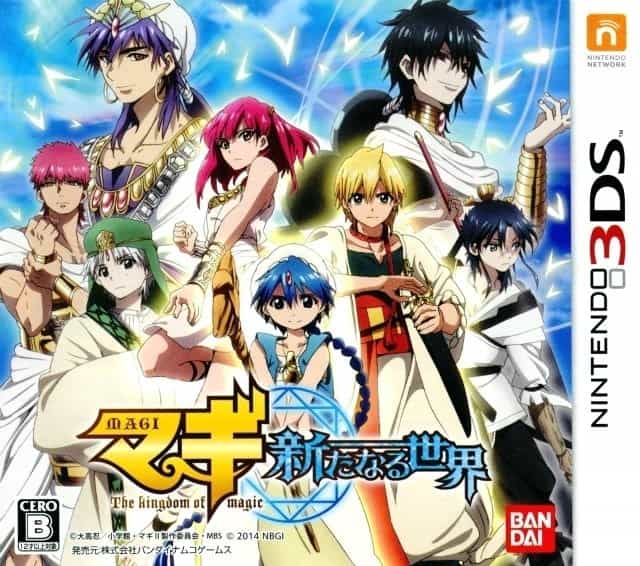