The inhabitants of the pretty but insignificant planet Blot decided to leave to find a trendier planet, and escape being called the Blotians, a most unhip name. Until they such a planet, they call themselves the Fuzzy Wuzzies.

Their colony ship collides with an asteroid, and crash lands in the Pacific Ocean, near an unchartered island, which they colonise, calling it "The Hippest Place in The Known Universe". Unfortunately the island is also home to rather nasty demons, who can't stand the commotion caused by the happy Fuzzies, or their silly name for the island.

The demons kidnap the Fuzzy Wuzzies by hosting a massive party, then capturing them in a net, and dragging them off to the torture chambers. The only Fuzzy not caught is Clyde Radcliff, who was already being sick in the bushes. He wakes up in the morning with a really bad headache, and fiery halitosis, and sets out to destroy the demons, and rescue his friends. 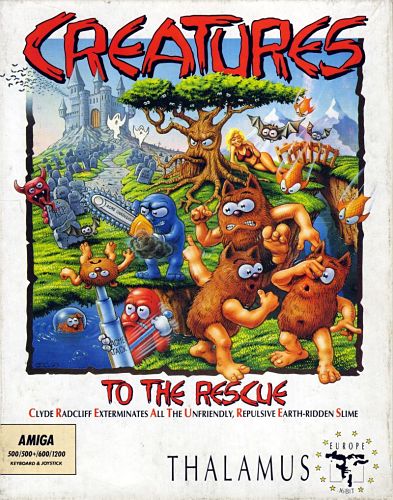