Killzone: Mercenary is a first-person shooter video game for the PlayStation Vita, released in September 2013. Developed by Guerrilla Cambridge, it is the second hand-held title in the Killzone series of video games, and fifth overall. It is the first installment to not be developed by Guerrilla Games directly. The game was developed in the university city of Cambridge in the United Kingdom.

Starting just after the ending of the original Killzone, and revisiting many of the events from the Killzone trilogy, the game puts players in the rugged combat boots of a mercenary named Arran Danner. Danner is a former UCA-soldier who has no qualms about taking on paid contracts from the ISA as well as the Helghast.

When a seemingly routine mission to evacuate the Vektan Ambassador and his family in Pyrrhus goes awry, Danner discovers that the outcome of the war could very well depend on the fate of the Ambassador’s young son. With both sides going through increasingly desperate lengths to get hold of the boy, he begins to wonder whether the price of victory is really worth the paycheck.

For the first time in a Killzone campaign, players will be fighting alongside Helghast forces as well as ISA specialists, carrying out missions that regular soldiers can't. As a mercenary, players are free to decide which tactics and loadouts they'll use to fulfill their contract; employers will reward players with weaponry and money if successfully completed. The game will utilize PS Vita's touch screen and rear touch panel to some extent. 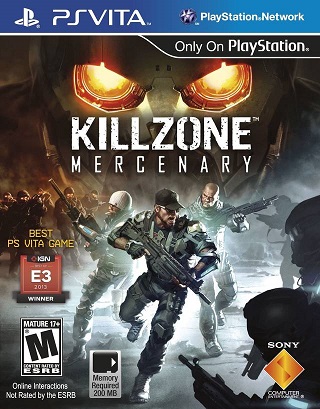