Aliens attempting to steal the World Cup have crashed as they tried to flee, and the Cup has been broken, its pieces scattered around the globe. As Soccer Kid, you must retrieve it. During your journey you will visit Britain, Italy, Russia, Japan, and finally the States.

Soccer Kid is a platform game with some unique elements. As the name implies, you have to kill your enemies with your ball. Football-style tricks of keeping the ball in the air and under control are especially useful - headers and overhead kicks can be played with practice. You gain access to the pieces by collecting 11 Player Cards across each world.

There is a saving feature that gives you the ability to save between each country (but not between individual levels). 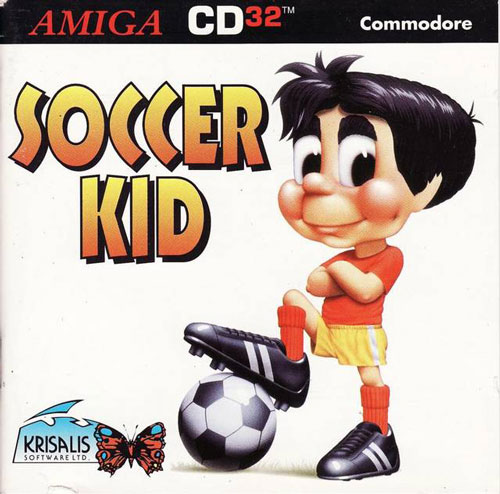