Super Mario World, subtitled Super Mario Bros. 4 for its original Japanese release, is a 1990 platform video game developed and published by Nintendo as a pack-in launch title for the Super Famicom/Super Nintendo Entertainment System (SNES), and is the fourth game in the Super Mario series. Development was handled by Nintendo Entertainment Analysis and Development, led by Shigeru Miyamoto, who directed the game along with Takashi Tezuka.

The game centers on the quest of Mario and Luigi to save the Dinosaur Land from Bowser, the series' antagonist. The two brothers must travel across seven worlds to restore order to Dinosaur Land. It built on the gameplay of previous Mario games by introducing new power-ups that augment character abilities, and established conventions that were carried over to future games in the series. Super Mario World marked the first appearance of Yoshi, Mario's dinosaur sidekick and riding mount. 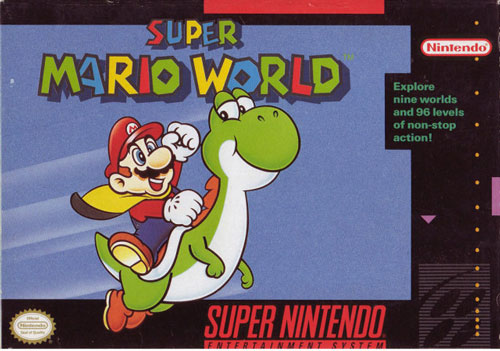