Eighteen months after his victory over Gary Gritter, Chuck Rock is now the owner of the hugely successful "Chuck Motors" and has become a father. Kidnapped by his evil enemy Brick Jagger, Chuck Rock is likely to become Chuck Dust, unless somebody rescues him... A sudden crash as Chuck Junior bursts from his play pen "Goo Goo Gaa Gaa, I'll be back."

The gameplay in this sequel is similar to the first game, but with some minor differences since you are playing as Junior, rather than Chuck. This is a side-scrolling platform game with occasional rock-moving puzzles thrown in. Unlike Chuck, Junior carries a club that gives his attacks further reach. 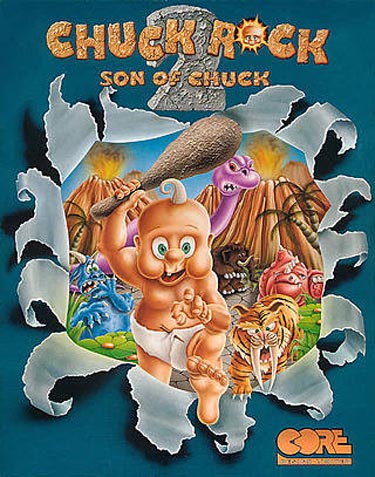