Yu-Gi-Oh! Falsebound Kingdom takes a different direction from the rest of the series, being more of a mix of real-time strategy and role-playing video game elements than the typical card battling games seen on other systems.The system it uses is unconventional, but quite effective, as it uses a 3D battle stage including bonuses and improvements (such as fortresses, weapons, etc.)

It features most of the major characters from the anime and manga series as well as 177 monsters. 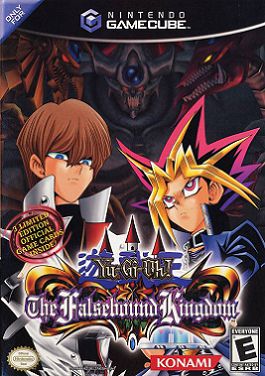