The second Questprobe adventure moves on from the 'verb noun' command interface of The Hulk and allows fuller sentence inputs. The in-game graphics also see some degree of advancement. You play Spider-Man, Peter Parker's crime-fighting alter-ego, as he takes on Mysterio, who can block out Parker's Spidery senses using his canisters of poison.

As in The Hulk, the Examiner plays a key part in the game, as he initially strips Spider-Man's knowledge and prepares him for the battle. Throughout the game you meet many familiar Marvel characters, using the clues in the provided guidebook to help you deal with these situations correctly. 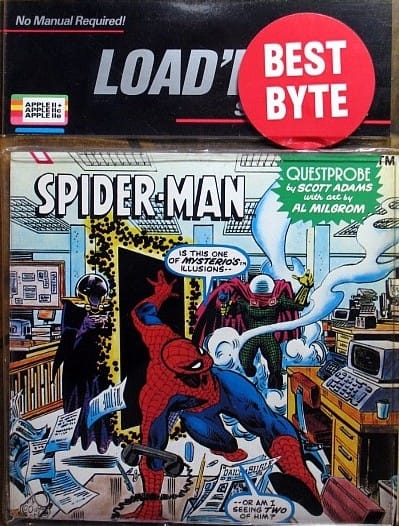