Your two best friends Phil and Beverly have been captured by a dark overlord! He is keeping them captive in an active volcano, and you need to rescue them. As Howard the Duck, master of Quack Fu, you need to make your way through the maze-like landscapes, and jump or fight the many obstacles blocking the path using kicks and punches. Water must be navigated around, because this 'superhero' duck can't swim. Or fly without the parachute you regularly use.

Quicksand, enemy mutants and more will all get in your way before you can finally parachute into the volcano and defeat the dark overlord! Howard the Duck is based on 'Escape From Volcano island', a cartoon featuring Howard, but was released to tie in with the movie of the same name. 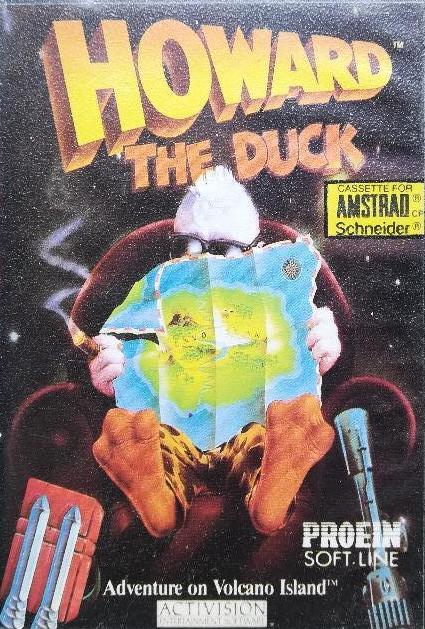