Tetris meets shoot-’em-up, Rampart is a game combining strategy and artillery action. Build your castle from Tetris-style pieces, place your cannons, bombard the enemy, try to repair, do it all over again. The original arcade release has a single-player and a two-player mode; later revisions incorporate three-player gameplay.

The player controls a handful of castles which must be defended and repaired all within a brisk time-limit. Ships will attack the fortress typically with cannon-fire, and the player must retaliate with their own arsenal, doing their best to protect the castle. They can build walls around their castles to absorb damage, but the player will ultimately need to get a bit creative to survive the increasingly tougher sieges.

The player can place additional cannons within walls if they have been placed correctly. Ideally, the player is able to construct as many cannon enclosures as possible to maximize their offensive output and repel the enemy forces without incurring too much damage.

In single-player, the player starts out by choosing where their fortress will be placed. They’re then surrounded by a wall, and can then place their cannons. Following this are a set of rounds; the first being attack, the second repair. After surviving this barrage, the player is given additional time to place more cannons in their fort. The game ends when the player fails to successfully repair their castle, or when enough of the enemy fleet has been sunk. 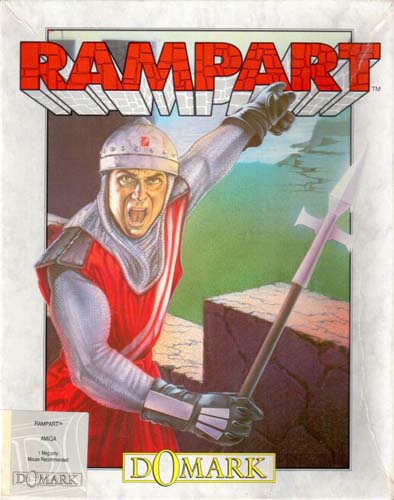