Originally released only in Japan, Kingdom Hearts Final Mix has several events and a number of gameplay tweaks that are not in previous releases. Spoken dialogue is in English, with Japanese subtitles. New scenes, clarifying certain plot points, such as Riku's journey and foreshadowing of Kingdom Hearts II, were included. A gameplay option allows the player to skip cut scenes after seeing them once. The optional bosses first included in the English version were introduced to Japanese players for the first time, along with a new fight against "Unknown Man", in an attempt to raise interest for the sequel.

In another attempt at foreshadowing, a video titled "Another Side, Another Story 【 deep dive 】" plays at the ending if the player accomplishes certain tasks. New music tracks incorporated were "Disappeared" and "Another Side". The "Night on Bald Mountain" and "One-Winged Angel" tracks from the English version were included as well. Other changes include new abilities, new weapons, new items, additional and recolored enemies, and gameplay tweaks to make the game easier for the player, along with two new levels of difficulty. When first released, Final Mix included either a deck of Kingdom Hearts cards or special music CD. A limited "Platinum Edition" version of Kingdom Hearts Final Mix was later released with an action figure of Sora, a sticker set, and sketches of some of the main characters.

It was released for the first time in North America, Europe and Australia as part of Kingdom Hearts HD 1.5 Remix. 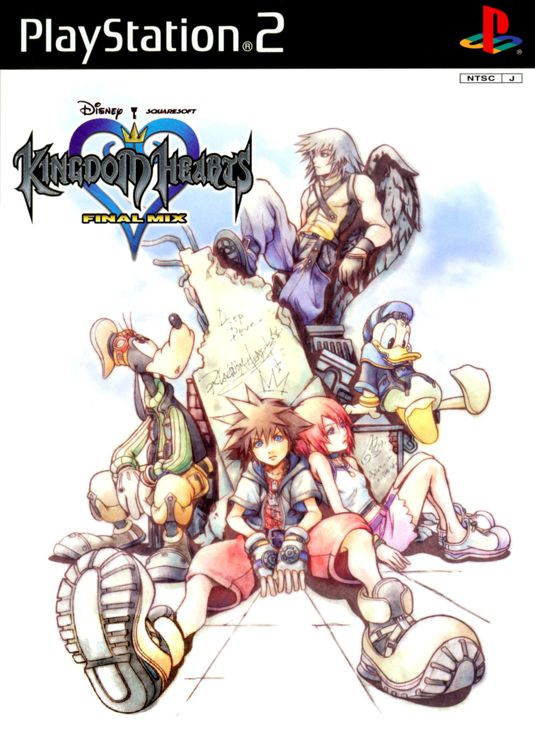