Super Kick Off Captures all the thrills and exitement of the football field. Played at a blistering pace this is a true test of speed, control and footballing skill!

Super Kick Off is an enhanced developed version of the popular football game developed by Dino Dini for consoles. It includes 40 teams (16 national and 24 club), along the ability to edit club team names and shirts and player names and looks. Game modes include friendlies, Domestic League and Cup (composed by eight English teams), European League (16 European teams) and International cup (eight team tournament). Training allows to practice free kicks, penalties or to pass, shoot and dribble without opposition. Players can compete head to head, or play cooperatively against the computer in the same team. Other game options include player speed, wind and grass cut, along the typical half length, offside rules, extra time and difficulty setting. All changes, from team edits to options, are stored in the cartridge internal memory.

About the game itself, it was one of the most popular of the time, featuring a top-down view with the ball not sticking to the players' feet being the most prominent gameplay feature. 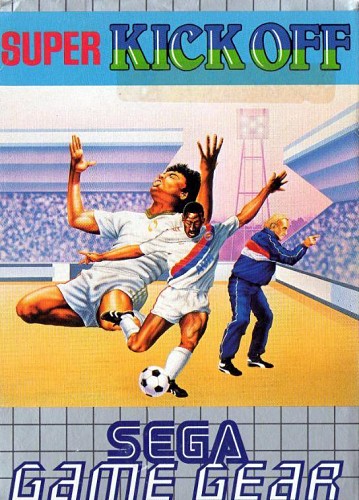