SimCity is a city-building simulation video game, first released in 1989, and designed by Will Wright. SimCity was Maxis's first product, which has since been ported into various personal computers and game consoles, and spawned several sequels including SimCity 2000 in 1994, SimCity 3000 in 1999, SimCity 4 in 2003, SimCity DS, and SimCity Societies in 2007. The original SimCity was later renamed SimCity Classic. Until the release of The Sims in 2000, the SimCity series was the best-selling line of computer games made by Maxis. SimCity spawned a series of Sim games.

The objective of SimCity, as the name of the game suggests, is to build and design a city, without specific goals to achieve (except in the scenarios, see below). The player can mark land as being zoned as commercial, industrial, or residential, add buildings, change the tax rate, build a power grid, build transportation systems and take many other actions, in order to enhance the city. Once able to construct buildings in a particular area, the too-small-to-see residents, known as Sims, may choose to construct and upgrade houses, apartment blocks, light or heavy industrial buildings, commercial buildings, hospitals, churches, and other structures. The Sims make these choices based on such factors as traffic levels, adequate electrical power, crime levels, and proximity to other types of buildings—for example, residential areas next to a power plant will seldom appreciate to the highest grade of housing. 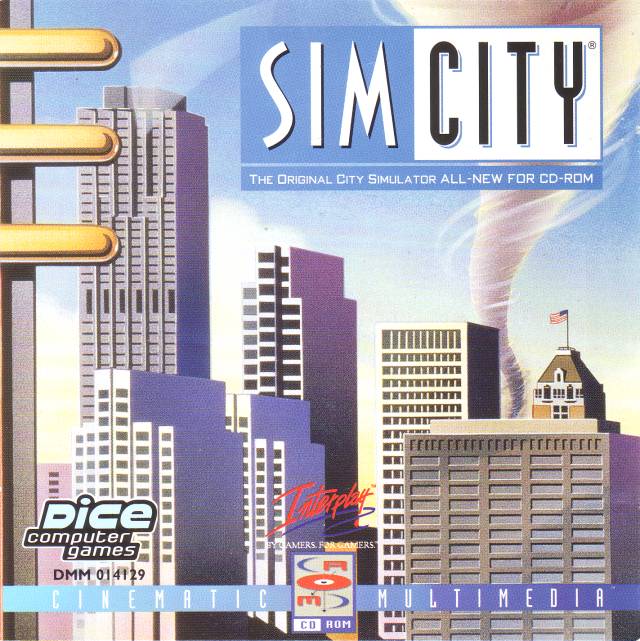