The highly anticipated sequel to the award-winning, all-everything SSX is gettin' set to fly off a cliff near you. SSX Tricky launches you into a world of monster air, heart-pounding tracks, and death-defying tricks. 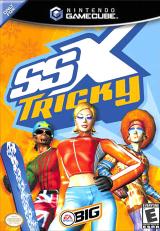