Theme Hospital is a simulation computer game developed by Bullfrog Productions and published by Electronic Arts in 1997, in which the player designs and operates a hospital. Like most of Bullfrog's games, Theme Hospital is permeated by an eccentric sense of humour. The game is the thematic successor to Theme Park, a game also produced by Bullfrog. The game was a massive commercial success, selling over 4 million copies worldwide.

The game is set in a hospital, and requires the player to build an environment which will attract patients with comical complaints, illnesses, emergencies, and diseases. The game has a somewhat dark sense of humour, which is similar to that of Theme Park in many ways. The player has no direct control over the patients that wander the hospital, although gameplay largely centres on influencing their actions in one way or another. The player does, however, have the ability to pick up any staff member in the building and move them to a different area (to speed up their movement from place to place) and to expel any patients from the hospital (if they are being a nuisance, causing rowdiness or about to die and affect the hospital's statistics). The player may also force the patient into taking a chance of possible cure at the risk of killing the patient (this is useful, for example, if a patient is about to die but has already completed enough diagnostics requirements to identify the kind of disease the patient is suffering from) and rearrange the queue of each of the rooms in the hospital (useful for moving dying patients to the front of the queue so they can receive treatment first).

Each level consists of an empty hospital to plan and design, with set goals in the fields of financial attainment, patients cured, percent of patients cured, and hospital value. Holding negative funds or allowing sufficient patients to die will bring about losing requirements. When the goals have been met the player has the option to move on to a new, more elaborate hospital with tougher winning conditions and more diseases present. The final level in the game, 'Battenburg' consists of an enormous, yet somewhat awkward, hospital with all the diseases and rooms in the game present, all disasters frequent and very high winning requirements. 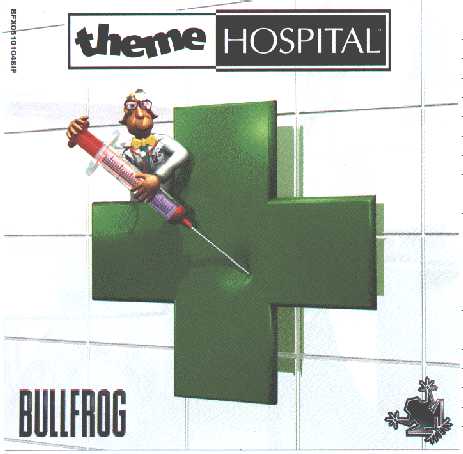