Red Storm Rising is a heart-pounding simulation which puts you in command of an American nuclear attack submarine. With the Soviets preparing to take over the Middle Eastern oil fields, a full-scale collision of the two super-powers becomes inevitable. You play a crucial part in the war at sea, standing between the Russian bear and global domination.

A combination of brilliant strategic and tactical thinking are needed to survive high technology undersea warfare. There are training scenarios to get you started, followed by exciting battles of increasing difficulty. The ultimate challenge is the campaign game. Here you experience the entire course of World War III as portrayed in Tom Clancy's dramatic and best-selling novel of modern warfare. What will the outcome be with you in control? 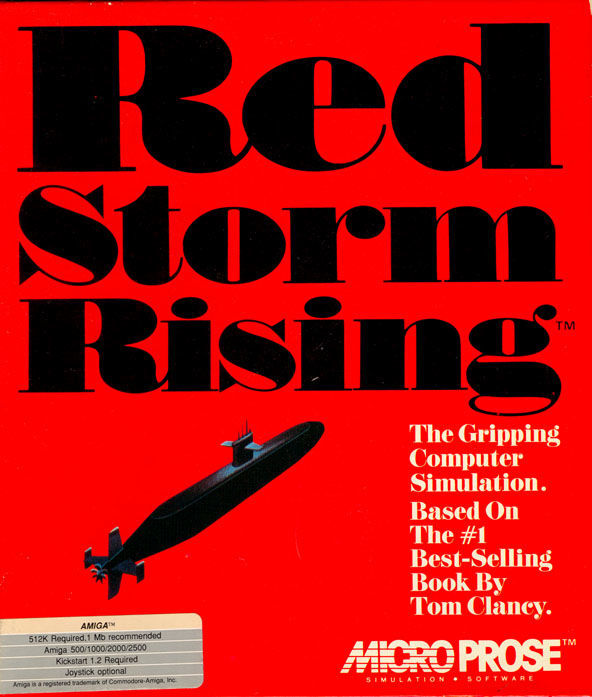