The city of Cocoon is a flying utopia, floating high above the skies, separated from the world below which is known as Pulse. It was created with the intent of shielding humans from fal'Cie, mysterious beings who live on the Pulse. But from time to time, the fal'Cie find ways to contact inhabitants of Cocool, turning them into "l'Cie" - perceived by humans as slaves of the fal'Cie, destined to do their bidding. The Cocoon government, Sanctum, uses their own specialized army known as PSICOM to "Purge" citizens who are suspected of becoming l'Cie, and banishes them from Cocoon.

A former Cocoon soldier named Lightning searches for her sister Serah, who was branded as a l'Cie. Her fiancee Snow, leader of a rebel group that opposes the Purge, meets Lightning and a few other companions as they venture into a fal'Cie dwelling to rescue Serah. However, having fulfilled her unknown mission from the fal'Cie, Serah turns into a crystal. Her last words to Lightning and Snow are "save Cocoon". Determined to find out what exactly the fal'Cie wanted from Serah, the heroes attempts to contact a fal'Cie, and as a result turn into l'Cie themselves - without knowing what their mission might be...

Final Fantasy XIII abandons its predecessor's concept of battles taking place on the same screen as exploration, returning instead to the older separate battle screens triggered by contact with an enemy on the field. The Active Time Battle system from the previous Final Fantasy games returns with some changes. The player only controls one character in battle; the other two should be assigned behavior patterns called Paradigms. Commands and attacks can now be stacked into battle slots, which allows for use of multiple commands in one turn for a devastating combo. These commands are filled based on the ATB cost which eliminate the need for MP. Also, the entire party's health is restored before every fight, since magic cannot be used outside of battle. Summons which are popular in the FF series return with the name Eidolons, and each I'Cie has one. Character growth is managed via a system called Crystarium, with the player able to choose abilities to learn or parameters to increase. 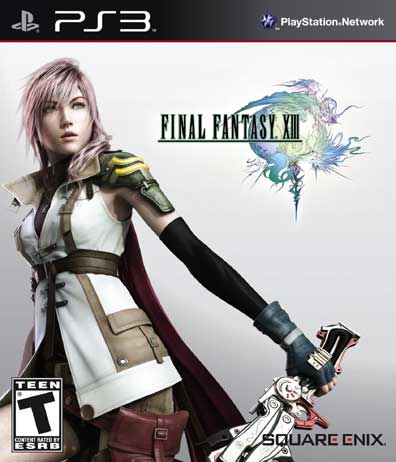