In the year 2012 an alien armada attacked the Earth. Two young pilots were in the midst of a battle, and one of them, a lovely young woman, was killed. Three years later, the surviving pilot finally got a chance to avenge her death. Navigating a powerful new fighter ship named "Slasher", the pilot ventured into space, ready to bring destruction to those who took so much away from him.

Nexzr is a vertically scrolling shoot-em-up similar to Super Star Soldier. The player-controlled spaceship starts with a simple vulcan gun that can only shoot straight. Various power-ups can either enhance the strength of this gun, replace it with a laser weapon, or add a secondary weapon (homing fire, thin spreading laser attacks, etc.), which is activated automatically. Mid- and end-level bosses are encountered on nearly every stage. Additional lives can be collected, but the player always restarts from the beginning of the stage when his fighter craft is destroyed. 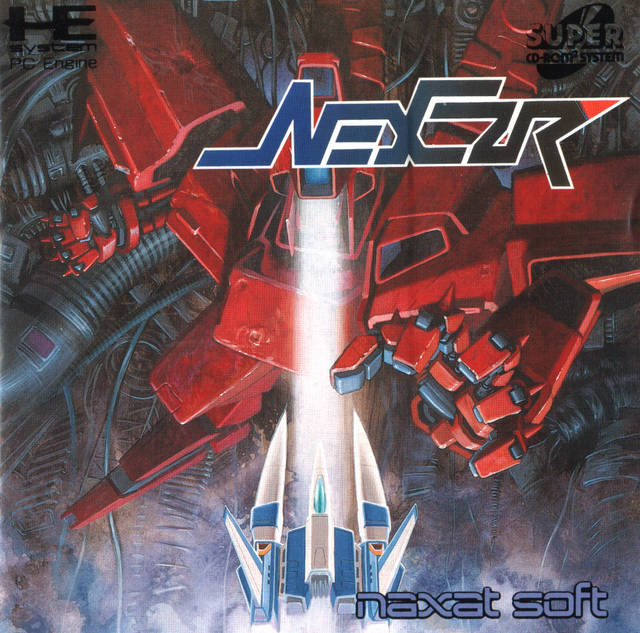