Eleven years have gone by since Tom-Tom rescued his girlfriend Tanya from the clutches of the evil King. Word of Tom-Tom's dangerous adventure soon spread throughout Wonder Land. The people were very proud of him and gave Tom-Tom the highest honor of all - the legendary name of Wonder Boy. With the evil King defeated, Wonder Land returned to its peaceful state, and for over one decade, the kingdom was a paradise, and everything and everyone lived happily together.

Eventually, the peace was broken when a ferocious fire-breathing dragon appeared out of nowhere and took over Wonder Land with an army of evil, monsterous henchmen, causing Wonder Land was immediately thrown into utter chaos. Defenseless that they were, the people were quickly taken over and the tranquil and serene kingdom was transformed into a land of demons and devils. Wonder Land was now a Monster Land. Tom-Tom was summoned to set out on a journey, destroy this dragon, and restore peace once again. Tom-Tom is Wonder Land's last hope. 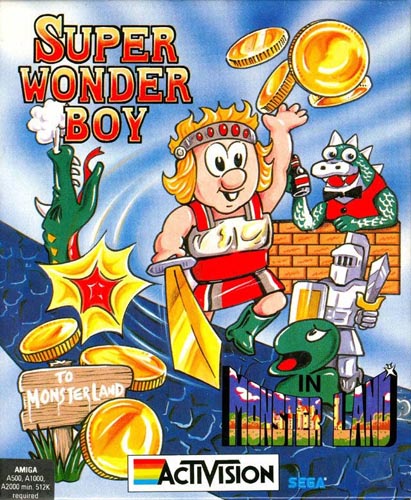