What begins as an innocent childhood voyage of a boy following alongside his father's journey soon develops into an adventure of a brave young man travelling the world as he faces life-altering decisions. Step into the shoes of a hero in the makings to fulfil your destiny, befriending a crew of quirky monsters along the way.

Indulge in the colorful DRAGON QUEST world created by Yuji Horii, combined with the charming characters and monsters designed by Akira Toriyama and memorable soundtrack from famed composer Koichi Sugiyama to create an unforgettable gaming experience Journey through a beautifully rendered 3D world, with dynamic dual-screen presentation and newly animated monsters Recruit a unique cast of DRAGON QUEST monsters and create an indestructible party of your own Brace yourself for some life-altering decision making - A key decision will affect the outcome of the game, and change the course of the hero's life forever Take a breather from the main quest with addicting mini-games like Bruise the Ooze, T n' T, the Slurpodrome and the tombola Collect and customize knick-knacks from around the DRAGON QUEST world to create a personalized Knick-knackatory. With the wireless capabilities of Nintendo DS, players can now exchange their creations with friends for a one-of-a-kind collection of rare items! Feast your ears on the opening theme performed by the Tokyo Metropolitan Symphony Orchestra, and a brand-new score by series composer Koichi Sugiyama 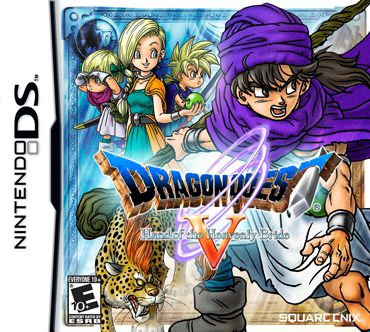