This game allows to choose between various number of game modes with the primary target to beat all rivals. Other available options include multiplayer, motorcycle characteristics, circuit or meteorology.

And then, in the World Championship you can choose another option: see the stats of your competitors (his times in the trainings, records and position in start line), also you can run the official training on each circuit to be placed on the best position to start the race.

The game includes 16 circuits in total (the official of this competition), you can try it by separate to train, but if you want to win the title you must to show your abilities in each one of them since the first. Another feature of Pole 500 is the possibility to run in training mode or Championship mode with 2 players simultaneously (in this case the screen will be sectioned horizontally). 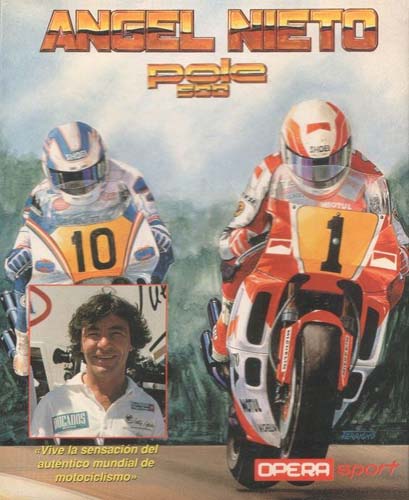