The epic saga of World War II continues with Medal of Honor Rising Sun. The war has shifted to the Pacific Theatre, and its outcome depends on you. Play as Marine Corporal Joseph Griffin in a far-reaching tale of two brothers that weaves its storyline from this title into the next game in the award-winning MOH franchise.

As Japanese forces seek to expand their dominion over the Pacific, you must use stealth, commando tactics, and sabotage to turn the tide in your favor. Featuring real-life historical battles like Pearl Harbor and Guadalcanal, over 20 authentic WWII weapons, highly intelligent enemies, and a heroic cast of characters that fight on your side from level to level, Medal of Honor Rising Sun delivers the standard-setting experience for all action games. 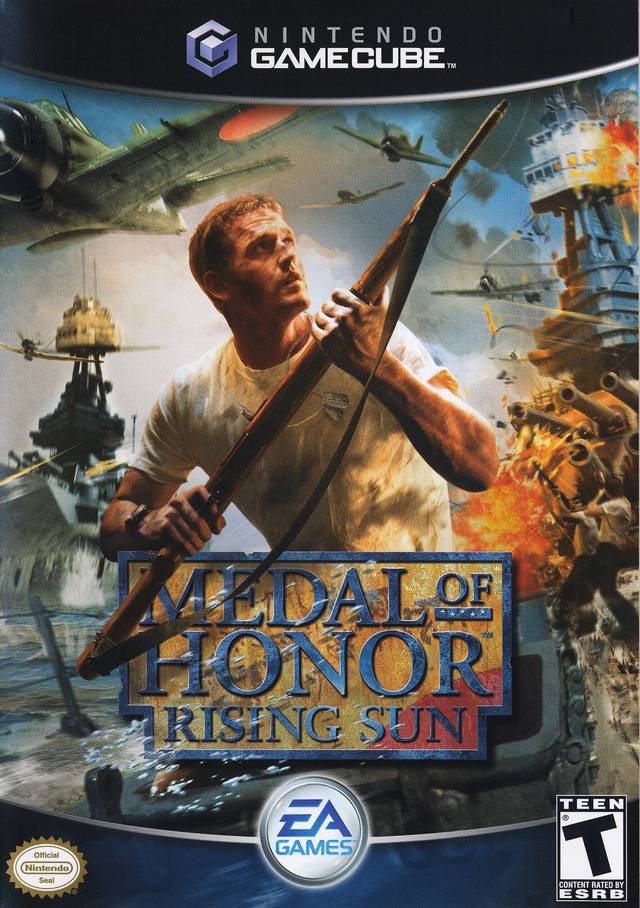