My Little Pony Crystal Princess: The Runaway Rainbow is a game in the My Little Pony franchise based on the 2006 direct-to-video animated film of the same name. In Rarity's Adventure, the main game mode, Cheerilee teaches the young unicorn pony Rarity in the magical city Unicornia how to make a rainbow. In celebration of the first rainbow of the season. Rarity will become the rainbow princess and she needs to learn how to use her magical wand to create it. 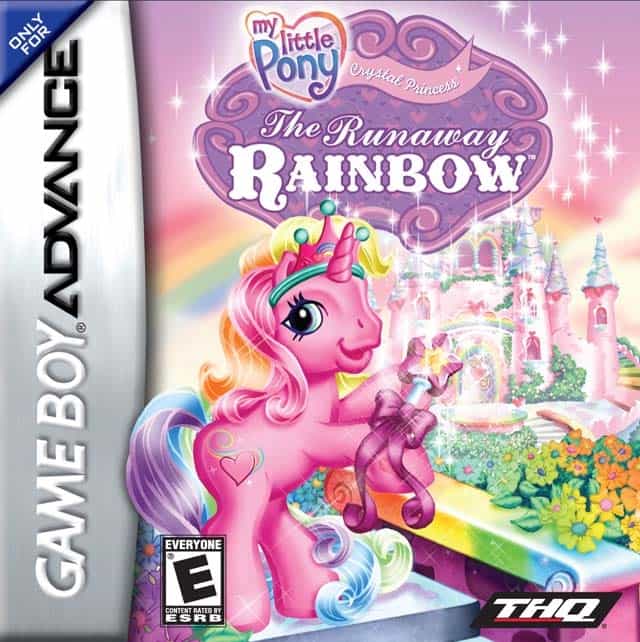